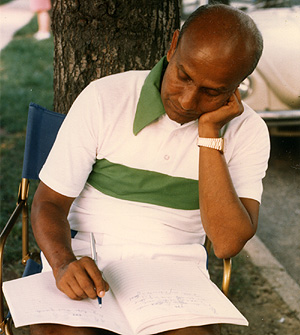 Sri Chinmoy has written several plays which have been dramatised and performed by different theatre companies. These include plays about the great Spiritual Masters:

This is a play written by Sri Chinmoy about India’s revolutionary heroes of Bengal. In particular, it is a celebration of the contributions made by three famous freedom-fighters of India – Deshabandu, Netaji Subhas Chandra Bose and Deshapriya. Deshabandu also was known as Chitta Ranjan Das played a significant role in assuring the acquittal of Sri Aurobindo another early Indian revolutionary. Chitta Ranjan Das features in the play about Sri Aurobindo “Descent of the Blue”. Chitta Ranjan Das then went on to make his own significant contribution to the independence movement. The play is an imaginative look at the events of this time.

This book contains several short plays including: AYODADHOMMYA, A SAGE and ARUNI, HIS DISCIPLE, Light Is The Only Wealth Worth Having, Saraswati, The Saint And The King, The Seeker And The Thief, Gautami and Kuru

Groups who have performed plays of Sri Chinmoy 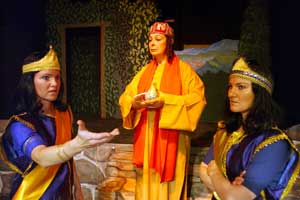 The Director of this female acting company is Dipika Smith from London. Dipika’s upbringing was strongly influenced by Indian culture, and after studying Indian dance under Tara, at the Bhavan Centre, she turned her attention to the theatre. She established the acting company ‘Immortality’s Flame-Waves’ in 1995. They have performed plays in London, Canada and New York. Members of the company have performed plays

The Director of Victory-Banner is Ketan Goldman. Victory Banner has produced several adaptions of plays by Sri Chinmoy. Including